The Power of Pivoting

March 20, 2020. That’s when I received the email from the corporate office informing me that I should not be returning to the office the following Monday. We were in “unprecedented times”. Everything was shut. I thought “Okay, sis. It’s fine…this is temporary.” Well, because the email said “for this week.” I thought wrong.

As we all know (because we’re living it), the one week turned into five, then ten, and frankly, we’ve probably all lost count of how many weeks were within these “unprecedented times”. Collectively, we paused. And forcedly, we pivoted.

Like you, at the start of this year, I sat hopefully attuned to each goal I inscribed in my prayer journal on January 1st. From the relaxing trips I’d planned to Lagos, Tanzania, and Athens… to the transformative events I expected to produce in London, Amsterdam, and Los Angeles. I entered the start of this year with flair, captivated by the unlimited potential my “2020 Vision” would bring.

But, forcedly, I pivoted.

If I learned anything from being a corporate employee, entrepreneur, then consultant, it is that change happens constantly, quickly, and our least favourite: unexpectedly. The latter tends to raise fear. The thought of change tends, at times, to be frightening (and other times, paralyzing) because we’d much rather focus on ideas or experiences that we’ve held on to closely (lived or dreamed), than embrace something as foreign as the unknown. So in that fear, we’d rather sit.

Sit on ideas, dreams, goals (probably smothering them by this point)…well because the unknown is frightening. And we’re much better off saving our dreams for another time… that is less “unprecedented”.

But, what if instead, we took ownership of change, no matter how unexpected?

In April, I had the mental capacity to focus on the consulting work I did with other brands (in the absence of my 9-5). I researched to further my knowledge of brand marketing. I sharpened my networking prowess and connected with leaders in the beauty industry. The brands exceeded their sales targets, in the midst of unprecedented economic times. In May, I continued to record episodes for my podcast, then was invited to speak to the audiences of several brands across Los Angeles, Lagos, and London.

I was forced to pivot. But I willingly chose to embrace something as “dangerous” as the unknown: change.

I have to admit, that although I pivoted, I wasn’t necessarily changing course confidently. But I committed to doing small actions that had some semblance of movement. And that’s all pivoting is: a commitment to moving forward, even when it does not feel safe of familiar.

So with that, I’d love for you to cherish this verse I ascribed in my prayer journal, besides the page titled “2020 Vision”:

If you’re in a place of a pivot, grab hold of this unique (and uncertain) opportunity to refine your talents. In this unique place, the frustration of your situation can pivot into surrender, and God will have more room to make a way in this unfamiliar territory and “unprecedented times”.

More From The Blog 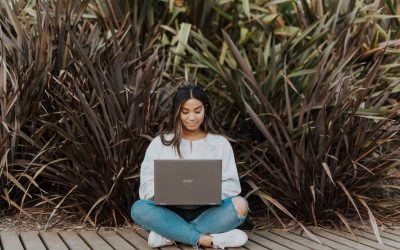 As I sat down at the desk in my bedroom, awoke my PC, and begrudgingly logged into work remotely, I lamented at my to-do list and the dry-as-paper... 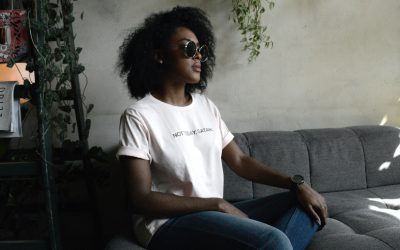 If you need peace, read this!

I leave the gift of peace with you—my peace. Not the kind of fragile peace given by the world, but my perfect peace. Don’t yield to fear or be...